How Biometrics Can Replace Tickets for Travel, Concerts, and Stadiums 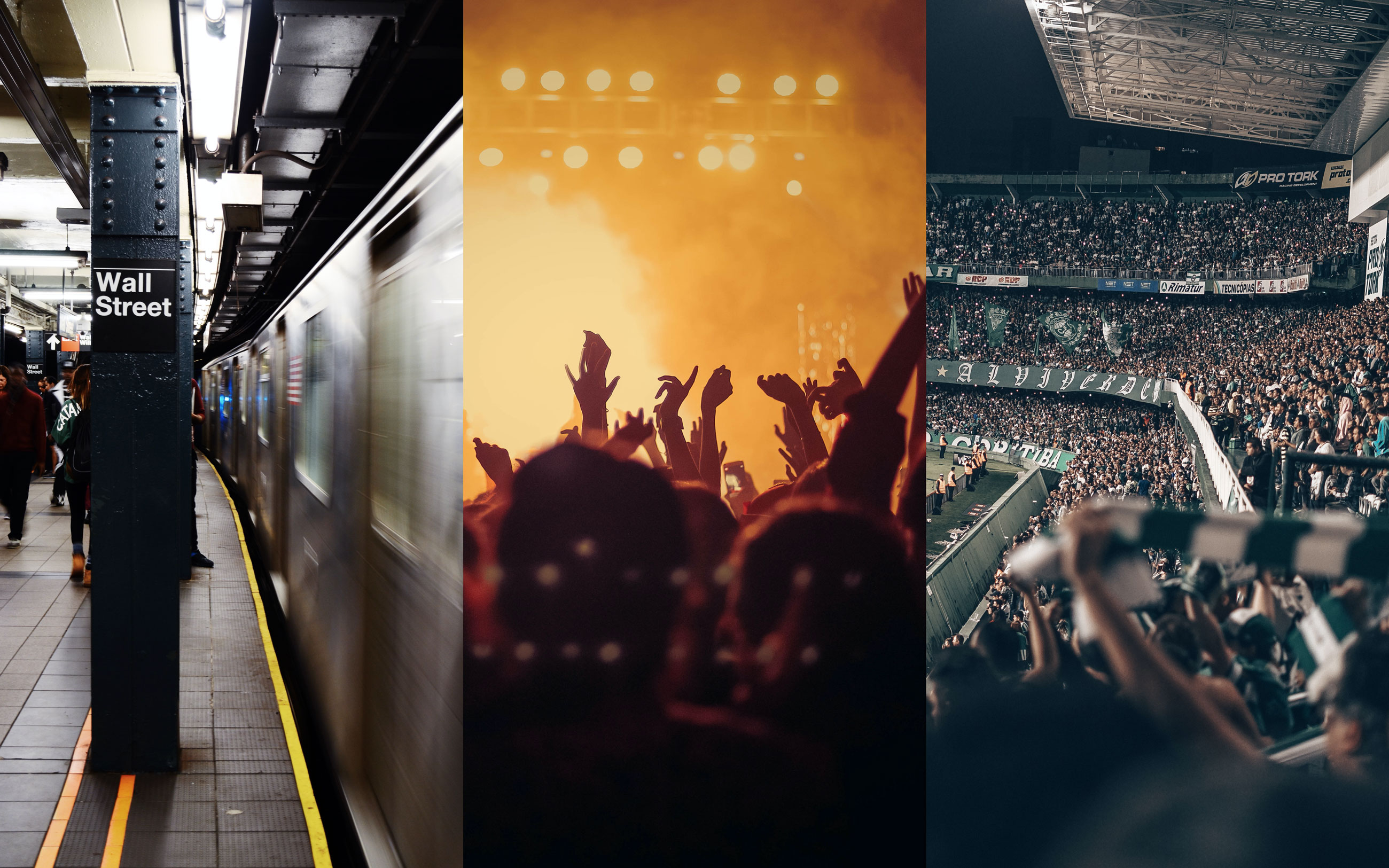 Biometrics are increasingly becoming part of our daily lives. Every day, more and more companies and institutions are taking advantage of the benefits of biometrics to increase their security, efficiency and to improve the management of their time and personnel.

All for a simple reason: by allowing you to use your own body to identify yourself, biometrics combine security and convenience in a way no other technology can.

Nowadays, we are all familiar with the use of fingerprints and facial recognition on our cellphones, for example.

Some of the most popular biometrics on the market, such as iris and face recognition, voice, vein patterns, fingerprints, and heartbeat are being used for time and attendance, identity verification, security, surveillance, customer service, and payment systems.

Actually, biometrics are progressively becoming one of the most popular types of security systems on the market today.

However, biometrics offer a vast range of possibilities with the potential to be utilized for many different applications, where they can completely change and improve processes. One of them is ticketing.

Biometrics have the potential to replace tickets for buses, trains, airport terminals, events, and autonomous cars, among others. This provides significant benefits for users, event organizers, airlines, governments, and companies managing transport systems.

The use of biometrics is a crucial asset for the development of smart cities, and being integrated into public transport systems, for example, could completely transform public services and how we interact with our immediate urban environment.

The benefits of using biometrics for ticketing include:

Think of the long queues at concerts or big sports games. Usually, these kinds of events require big teams to verify the tickets and the identity of all attendees. This is a manual process that takes time, and when we are talking about large amounts of people, that tends to mean long queues.

With biometrics, this process becomes automatic. By being able to identify users in less than a second, biometrics can dramatically increase efficiency and avoid long waiting times.

The same applies to public transport and airports. Biometrics can increase convenience by making boarding processes a lot faster, efficient, and secure.

Additionally, there is another convenience issue that biometrics could easily tackle: no more lost tickets. Printed tickets can be easily misplaced or lost, while electronic tickets also have their flaws. Devices like cell phones or Ipads can also be lost or run out of battery, making your ticket no longer accessible at the moment you need it.

With biometrics, however, your ticket is always with you, so you will always have it when you need it.

The US government classifies ticket scams among the most recurring types of fraud in the country. According to a survey from Aventus, a ticketing technology firm, 11% of people who have purchased concert tickets online have been victims of a scam in the US.

Counterfeit tickets, created using forged barcodes and real logos of ticket selling companies, as well as duplicates of legitimate tickets emailed to several buyers at a time, are common occurrences.

Biometrics can prevent this because they are much harder to spoof than a printed or online ticket.

Even if someone had access to the biometric data of a person such as their vein pattern, fingerprint, or iris pattern, and created a replica, it generally wouldn't be enough. Most modern biometrics are equipped with liveness tests to make sure that the biometric data is coming from an actual person.

According to the United States Environmental Protection Agency, paper is the second biggest contributor of waste in the country, comprising 67 million tons per year. Americans consume more paper per capita than anyone else on earth.

With biometrics, you are using your own body to identify yourself, so no paper is needed to print tickets or receipts.

But paper isn’t the only material used for ticketing. The use of biometrics could also replace plastic cards and tokens used in the public transport system. Thus, contributing to reducing paper consumption and urban waste production in general.

Biometrics can save companies money by reducing their need for large amounts of security staff to verify tickets and identity.

The same thing applies to public transport and airlines. With the use of biometrics, the need for large amounts of staff in desks or information points would be reduced, and biometric identification kiosks could replace information desks, dramatically reducing the need for field employees.

It would also save companies and users money by eliminating the need for cards and tokens in public transport systems, for example. Not having to replace lost cards or buy them in the first place could save substantial amounts of money in the long-term.

What is the best biometric for ticketing?

There are different kinds of biometrics on the market, and all of them have their pros and cons. However, palm vein provides a higher range of security and accuracy that makes it the ideal biometric for ticketing.

The key feature that makes palm vein recognition stand out from other biometrics is that unlike your fingerprint, iris, or face, your palm vein pattern is internal, which gives it three critical benefits compared to other biometrics.

It is safer: external biometrics, even if they are more reliable than traditional ticketing systems, are still vulnerable to being stolen and duplicated. Despite advances in technology that uses liveness tests to make sure the biometric scanned is from a real person, this technology is yet to be perfect, and it is still vulnerable to advanced spoofing methods.

Palm vein works by capturing actual blood flow, which means it has built-in liveness tests. Even if someone could somehow obtain your palm vein pattern, they wouldn't be able to fool a scanner without live blood flowing through the veins. This makes it virtually impossible to spoof a palm vein scanner — a key feature when trying to avoid fraud and increase security

It provides privacy by design: the increase in the use of biometrics raises concerns in terms of privacy, since biometric information could be misused or captured without consent. This is particularly dangerous with external biometrics as they are exposed anywhere you go, making them vulnerable to being obtained without your explicit consent.

Your palm vein pattern is internal, so it is impossible to be taken by anyone else; it is also impossible for it to be obtained by anyone without your consent. This is why palm vein is a consent-based and uniquely privacy-by-design biometric, making it more trustworthy and apt to comply with international privacy regulations.

It is more hygienic: another feature that makes palm vein biometrics ideal for ticketing is its hygiene. Palm vein is contactless, meaning that you don't have to touch the sensor to scan your palm. To identify yourself, you simply hover your hand over the scanner.

This is particularly relevant for use in public transport systems and big events, considering that the device is being in continuous use and by large amounts of people.

There are many benefits to using biometrics for ticketing, including increased convenience and efficiency, fraud prevention, less waste, and reduced costs. Because of these benefits, airports, stadiums, and concerts around the world are turning to biometrics to improve the ticketing process, and more are likely to follow suit as the popularity and demand for biometrics continues to grow.